The idea behind the Sanskrit word is a "joining" or "yoking," in the sense of harnessing something in order to put it to use. It can also refer to the sense of "joining" with the divine.  You can read about the history of yoga and the different yoga traditions of India in this article at Wikipedia. 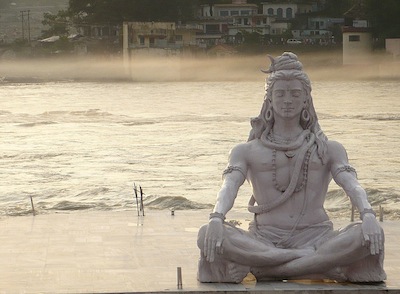 (Statue of Shiva in Rishikesh, India)